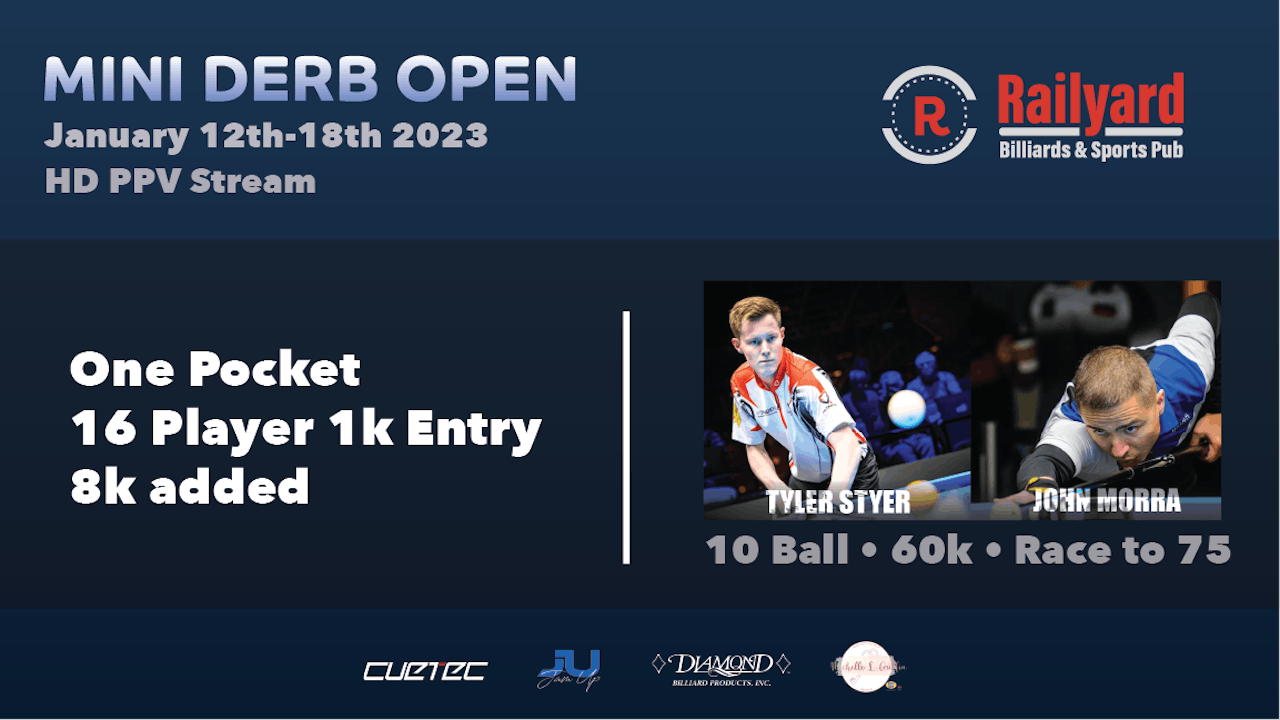 The 10 ball match between John Morra and Tyler Styer begins January 16th and is a race to 75 over 3 days for 60k in the middle.